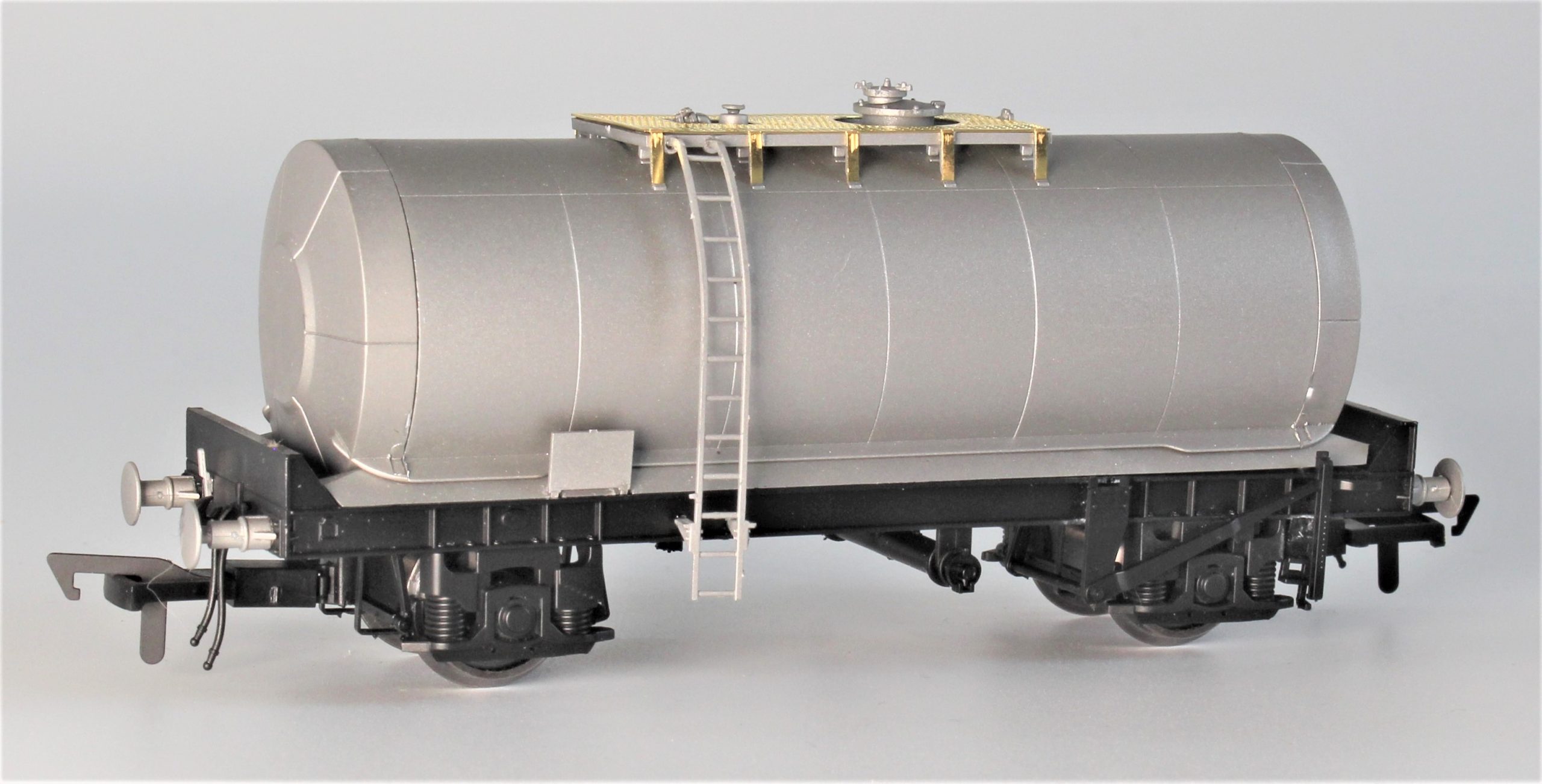 The samples have been checked for running and fit of parts and some very minor amendments are being made. In additionl fine details (such as rivets) will now be added to the moulds.

28 of these wagons were built by Standard Wagon in 1977 for Tiger Rail Leasing (TRL) and used for caustic soda traffic from ICI’s Mond Division works in Cheshire.

The wagons were used largely in Speedlink services to customers across Britain, with destinations including Corkickle, Haverton Hill, Dalry, Grangemouth, Purfleet, Seal Sands and Wigton.

Later they were debranded, and some were transferred to ATO, receiving their red letter logo.

In 1988 Tiger Rail repurposed 12 wagons for carrying china clay slurry for ECC and repainted into their mid blue livery.

The next step is for decorated samples to be prepared, and once these are approved the models will go into production.

The models are priced at £35 each and only available from Rainbow Railways. Reserve yours here.