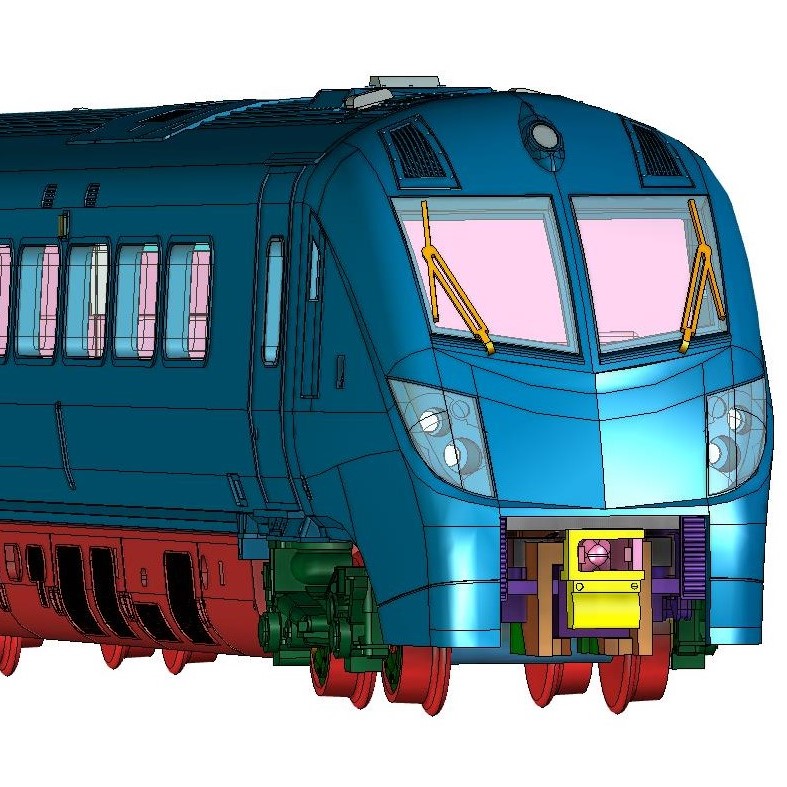 Revolution Trains is offering the Class 180 ‘Adelante’ and Class 175 ‘Coradia’ units as its next multiple unit models in both 00 and N.

Both families of units were buit by Alstom in Birmingham and share numerous similarities in design, meaning that many parts can be shared between the models to make them both viable.

CAD work on the N gauge models is almost complete; the 00 version will follow soon afterwards.

The Class 175 and Class 180 are both members of the Alstom Coradia family of units and share many common features and parts.

27 Class 175 units, in a mix of two and three car configurations, were ordered by First North Western in 1997 with the first delivered in 1999. They were used on services between Birmingham, Holyhead, Llandudno, Manchester and Barrow.

Later they transferred to Arriva Trains Wales and were introduced on the Welsh Marches line to Cardiff, reaching Fishguard and the Pembroke Coast. Since 2018 they have been in the service of Transport for Wales and are now seen from south west Wales and Holyhead across to Stockport, Manchester Piccadilly and Birmingham International.

The Class 180 units are a 5-car 125mph high-speed express member Coradia family. 14 sets were ordered by First Great Western and given the brand name ‘Adelante’, which means ‘go ahead’ in Spanish and explains our terrible headline pun above. Intended for high speed express services to sout Wales, they were plagued by technical problems and later used for fast commuter trains from Oxford, Gloucester and Exeter to London.

Between 2008 and 2020 Hull Trains used four Class 180s, though these units have recently been transferred to East Midlands railway and are now in use between London St Pancras, Nottingham, Derby and Sheffield.

In 2009 Grand Central introduced two units for its services between London Kings Cross, Sunderland and Bradford, and now has ten in operation in its striking black and orange livery.

Like the prototype, the Revolution Class 175 and 180 will share many common features, including full interiors, working and switchable headlights, tail lights and interior saloon lights as standard and kinematic power couplers allowing the entire train to be controlled by a single DCC decoder.

The models will be fitted with a low-profile chassis, allowing interiors to be depicted on all cars, and Next-18 (N) or Plux-22 (00) decoders. The decoder will accessed via an underfloor panel to make fitting or changing simple. In addition all models will be have factory-fitted speakers for simple sound upgrades.

The Class 180s will have a similar specification to the 175s.

Revolution plans to offer a selection of versions, though the exact line up has not yet been confirmed.

The order book will be opening very shortly in both scales, and as ever we will be offering a low EarlyBird price to reward those who step up and pre-order.

Revolution Trains would like to thank Alsom, Transport for Wales and Grand Central for their assistance in producing this model.