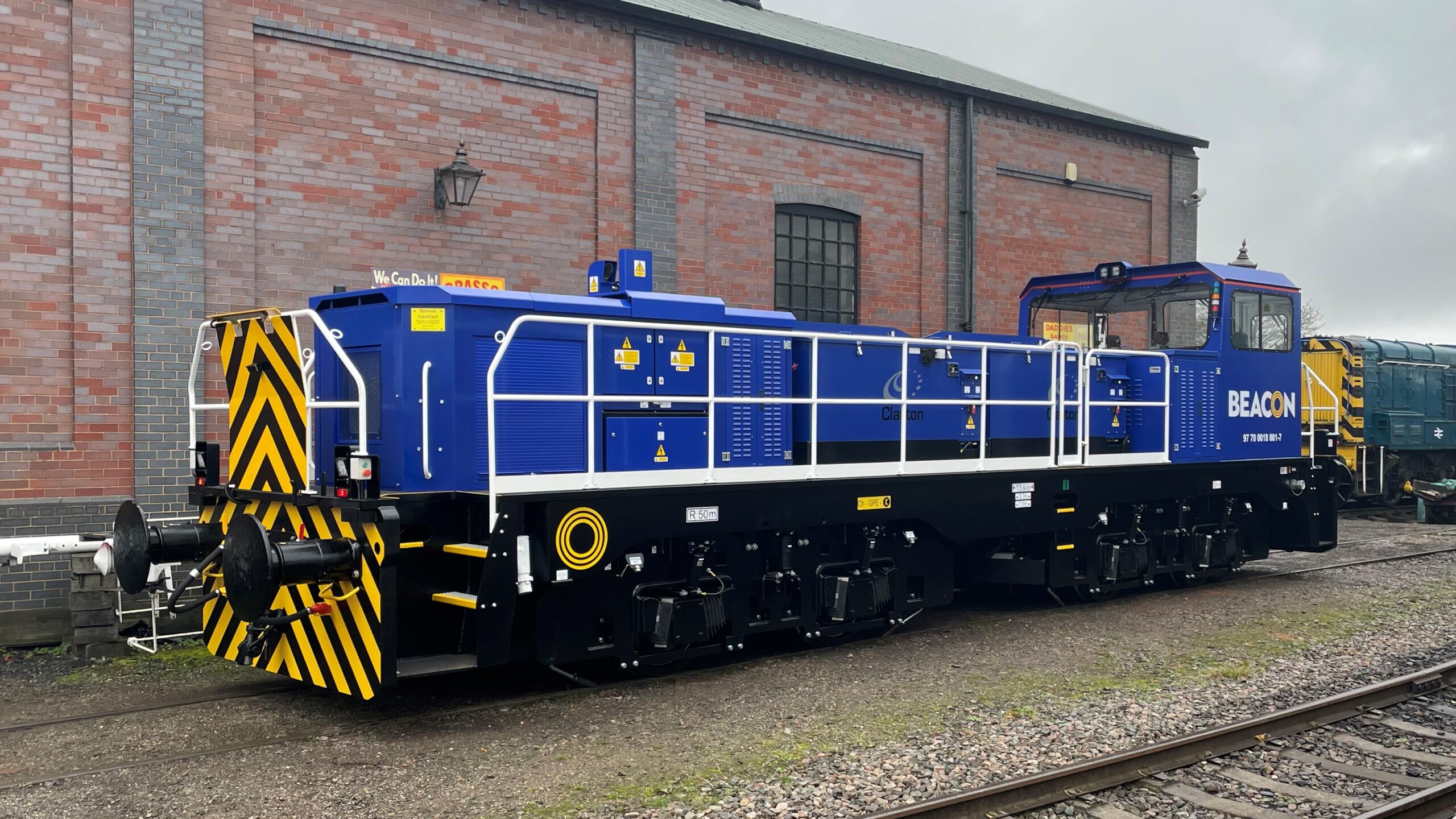 Revolution is offering the all-new Class 18 battery/diesel hybrid shunting locomotive as its next model aimed at 00 gauge, 4mm scale modellers.

The new locomotives have been developed by Clayton Equipment Ltd as a zero-emissions replacement for the ageing Class 08 fleet, and are the largest locomotives to be built in the UK for nearly two decades. Their TOPS class 18 designation follows on directly from the last mainline locomotive to be built by Clayton, the Class 17 in the 1960s.

Designated CBD-90 by Clayton – for Clayton Battery Diesel – 90t – five are in use with Tata Steel at locations including Margam and Llanwern, two are in service at Sellafield nuclear reprocessing plant in Cumbria, however the largest customer so far is Beacon Rail Leasing Ltd who have ordered 15 – with options on more – to service railway yards and industrial sites across Britain.

The locomotives can move more than 2000t and can be recharged via three-phase mains for zero-emissions operation; should a suitable power supply not be on hand the locomotives have a small diesel engine for on-board charging.

Revolution Trains first became aware of this project during discussions with Beacon Rail some three years ago and have been awarded an exclusive licence to develop their models. We were delighted to attend a recent event organised by Beacon Rail at the Chasewater Railway in Staffordshire to demonstrate 18001 to prospective users from the UK, Germany, Belgium and the Netherlands.

We also took the oppportunity to record the locomotive sounds as we will be offering DCC Sound options.

With the full support of Clayton we also visited their plant while 18001 was being built for further research, and have been furnished with detailed diagrams and CAD to ensure the models will be as accurate as possible.

The prototypes are modular and there are some variations in configuration; Revolution’s models will reflect these and feature our usual detail refinements including separate detail parts and photo-etched components where appropriate. DCC Sound options will be offered, and we are aiming to replicate the lighting arrangements, including the coloured shunting beacons, as accurately as possible.

The models will also be designed for simple conversion to P4/EM standards.

Initially these versions will be offered, however should other liveries appear these will be added subject to agreement with the operator.

Rails of Sheffield will be the exclusive retailer for these models, and they will be available to order in due course. The models are expected to be ready to ship late next year or early 2023.

CAD work is already underway and images will be published soon. An N gauge version will follow should this model prove popular.

Revolution Trains would like to thank Beacon Rail Leasing Ltd, Clayton Equipment Ltd and Tata Steel for their assistance in producing this model.